MEMPHIS, Tenn. — In an effort to improve recruitment and retention, the City of Memphis has re-energized a referendum to allow officers to live within two hours of the city.

For those in support of the new referendum, allowing police officers and firefighters to live within two hours of the city is simply adding another tool to recruiting and retention. If they can offer another option to potential officers, they will.

“We want to reduce any barriers to hiring qualified people who might want to serve the citizens of Memphis,” Doug McGowen, chief operating officer for the City of Memphis said. “It’s similar to what happens in other municipalities, and we are in a competition for talent.”

But the most contentious part of the debate revolves around the officers committing fully to the City of Memphis.

“Why should we let these high-paying, middle class jobs leave our city?” City Council member Martavius Jones said. “So my contention is, we would have an out flux of people with high-paying jobs leaving the city.” 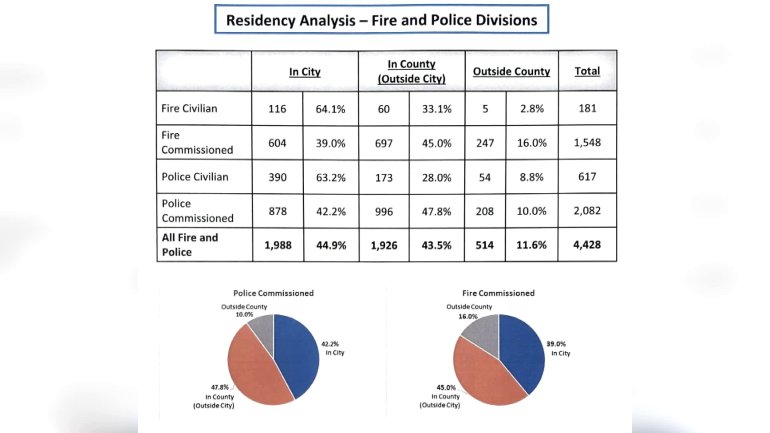 According to numbers provided by the city, about 12% of police officers and firefighters live outside Shelby County. Those were grandfathered in after the current residency requirements were established 14 years ago. Expanding that allowance might help add to a staff that has been trying to grow toward 2,500 employees.

“We’re looking for every opportunity,” McGowen said. “As you saw in those numbers, about 12% of your first responders live outside. So as the Police Director said, if we had a 12% bump in our immediate, we’d be at 2,300 already.”

This issue will be picked back up in two weeks at Memphis City Council with an expanded presentation expected.

FAYETTEVILLE, Ark. (KFSM) -- An Arkansas nurse, who traveled to New York City to help a hospital overwhelmed with COVID-19 patients, has returned home.

Several weeks ago, we shared with you Erin Courtway’s story, which includes a video of her crying in the hospital bathroom on a break. The video, which was shared thousands of times, was an honest testimony of life inside the ICU.

ADAIR, Okla. -- A video of a UPS driver in Oklahoma is going viral -- and even bringing some people to tears.

The video, recorded over Memorial Day weekend, shows the unidentified driver taking a few moments during his route to fix a rolled-up American flag, reported KOKI.

WASHINGTON (AP) — The U.S. economy shrank at an even faster pace than initially estimated in the first three months of this year with economists continuing to expect a far worse outcome in the current April-June quarter.

The Commerce Department reported Thursday that the gross domestic product, the broadest measure of economic health, fell at an annual rate of 5% in the first quarter, a bigger decline than the 4.8% drop first estimated a month ago.

Fugitive UConn student suspected in 2 murders is arrested in Maryland