MEMPHIS, Tenn. — A Cooper-Young recording studio employee is at home recovering after he says a burglar “bit part of his face off.”

Crafton Barnes said he has about 25 stitches in his left cheek after the attack early Wednesday morning at the Sounds Good Memphis recording studio on South Cooper Street. 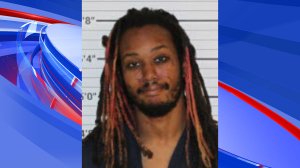 t was just surreal. Then it was just like some kind of weird movie,” Barnes said.

Police said Corlandt Northcross broke in through a window and started attacking Barnes.

“Lunged and started biting me all over. I’ve got bites all over me,” Barnes said.

Barnes said he met Northcross for the first time Sunday when Northcross showed up at the studio asking for a place to stay.

“I was like, ‘Well, you can’t sleep here, but I can give you a little bit of food,'” Barnes said.

Barnes thought that was the end of it, but he said Northcross wanted much more.

He played WREG recorded voicemail messages in which a man he says is Northcross claims to own the studio.

When police made the scene, he said Northcross didn’t put up a fight.

“He just stood up and put his own arms behind his back and said, ‘Take me to jail.'”

Northcross is charged with aggravated assault and burglary of a business.

Officers noted he had a history of “emergency commitments” in their report, but WREG couldn’t find any prior criminal history for Northcross in Shelby County.

Barnes, who’s uninsured, is happy to have the support of his friends, who immediately set about creating a webpage to raise money for his medical bills.

“It’s just been overwhelming. It has been a very healing part of the process,” Barnes said.

Barnes said his stitches should come out next week, but he’s still waiting for test results to determine if Northcross transmitted any disease.

He also said he doesn’t know how Northcross got his phone number, but said it’s possible he found it online.

SiriusXM to debut ‘Neil Young Radio’ after he parts …

Hospital puts couple with COVID together in final …

Whataburger not coming to Collierville

MPD: 2 lead police on chase with fentanyl in car

SCS reimagines the future of teaching

SiriusXM to debut ‘Neil Young Radio’ after he parts …

Hospital puts couple with COVID together in final …