WASAU, WI — Most kids struggle when they’re asked to share their toys. Not 7-year-old Brady Duke.

Brady loves reading, throwing around the football and — most of all — playing with his Nintendo Wii.

But after learning that the nearby Everest Metropolitan Police Department in Wisconsin lost one of its own when Detective Jason Weiland was killed last week in the line of duty, Brady donated his most prized possession to the Wausau Police Department.

The departments’ headquarters are about 12 miles apart.

“I knew I had to do something because their police brother died,” Brady told CNN affiliate WSAW. In a letter posted by the department to Facebook, Brady thanks the officers for their service and for protecting his family. 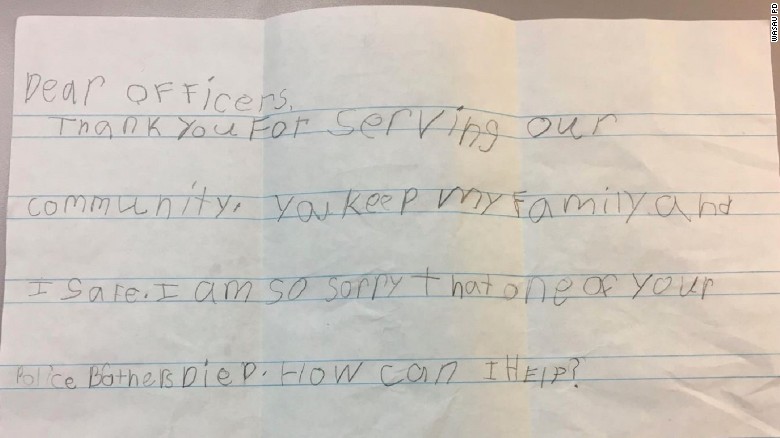 Another note that accompanied the gift says Brady wanted to give his Wii to officers “to make them feel better.”

“We’re encouraging our officers to come in, take a break and de-stress,” he told WSAW. 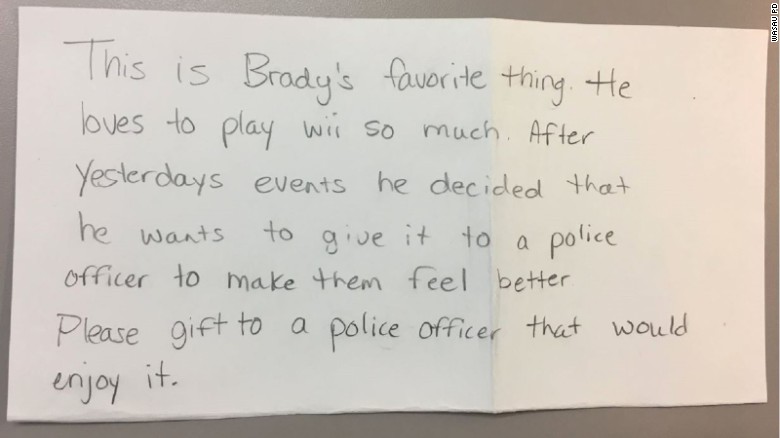 Brady’s big gesture also had its perks. His new friends in blue surprised him with an Xbox 360 so he can keep on gaming.

“Brady’s example is one we can all follow,” Wausau police said in a Facebook post. “Thank you Brady for your love and compassion and thank you for setting the example for others in our community at a young age of 7.”