LAFAYETTE COUNTY, Miss. — Oxford Police said a man’s body was found under a bridge in Lafayette County on Saturday.

According to Oxford police, the Oxford Police Department and Lafayette County Sheriff’s Department responded to a call near the Yocona River on Hwy 7 South. They made the scene at around 2:15 p.m. Saturday afternoon. 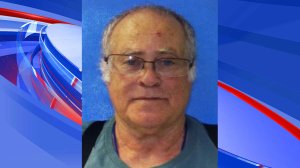 Myers’s family had reported him missing on Monday, August 26. They told Oxford police that they had last seen Myers at his home on Saturday, August 24, at around 11 p.m.

The Lafayette County Coroner’s Office has taken Myers’s body to be examined by the state Medical Examiner’s Officer in Jackson.

Oxford police say that they will release more information after the autopsy has been conducted.

Scam asks church to pay for Certificate of Existence

‘It’s brutal in here’: Pregnant woman has no heat

New congressional districts in TN could lead to lawsuit, …