AUSTRALIA — Four people have been arrested after allegedly trying to sneak 880 pounds of methamphetamine into Australia in hundreds of bottles of Sriracha-branded hot sauce.

The boxes — which were sent by freight from the United States to Sydney — were declared as containing bottles of the chilli sauce, Australia’s New South Wales  police said in a statement Thursday.

But testing by the Australian Border Force earlier this month found the bottles contained large amounts of meth, which has an estimated potential street value of over 300 million Australian dollars ($208 million U.S.). In Australia, the street drug is colloquially known as “ice.”

“This has been a complex investigation and we know the methylamphetamine in this import was headed for a clandestine lab in the Sydney Metropolitan area for the extraction process to occur,” State Crime Commander Stuart Smith said in a statement, using an alternative term for methamphetamine. 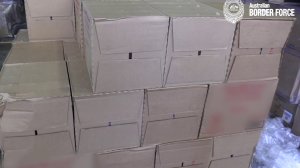 Sriracha is a popular hot sauce that’s gained a cult following around the world.

Police said the four men were key members of the network, but are still investigating to find other people linked to the criminal syndicate.

“This detection should serve as a warning to criminal groups that no matter how clever you think you are being in the way that you attempt to conceal and move your drugs, our officers have the skills, technology and the resources to find them and track down the people who are attempting to bring them in,” said Matt O’Connor, the acting Australian Border Force regional commander for NSW.

It’s not the first time smugglers have been busted trying to sneak drugs into Australia in surprising objects. In the past, Australian police have also seized drugs hidden in snow globes and in stereo speakers.

PORTLAND, Ore. (AP) — Just weeks ago, cities and even states across the U.S. were busy banning straws, limiting takeout containers and mandating that shoppers bring reusable bags or pay a small fee as the movement to eliminate single-use plastics took hold in mainstream America.

What a difference a pandemic makes.

NEW YORK — "Alex, to be honest with you I don't know if I'm equipped. This is something I've never seen before."

Many know Katrina Robinson as a Tennessee state senator from Memphis, but she's also an intensive care nurse. For the past week she's been on the front lines in a New York City hospital treating patients suffering from COVID-19.

MEMPHIS, Tenn. — Officials are trying to turn the Gateway Shopping Center in North Memphis into a hospital as soon as possible.

WREG saw contractors assessing the facility Tuesday near Jackson Avenue. There’s plenty of work to be done, and all of it will be overseen by the U.S. Army Corps of Engineers.

Food pantry works to deliver food to people with COVID-19

Coronavirus case count: At least 4,138 cases confirmed in Tennessee; 1,915 in Mississippi; 997 in Arkansas