MEMPHIS, Tenn. — A child accidentally shot himself in the leg at A. Maceo Walker Middle School in Whitehaven.

The 13-year-old student brought the loaded gun to school in his backpack.

When he tried to show it off to his friends, he dropped the gun and it went off.

“I saw all the police cars so I decided to go to the school and check to see if I need to take my child out of school,” Samuel Martin said.

Parents, like Martin, could only think the worst when they heard a child brought a gun to school and a shot was fired.

“He could have been involved,” Martin said. “He could’ve been accidentally hit.”

His mother was called to the school to pick up a juvenile summons.

Some parents were inside the school for an awards ceremony and had no idea what was going on, while other parents rushed to the school after hearing about it on the news. Everyone WREG spoke with said the school had not notified them.

“We wanted to know what was going on,” Latricia Johnson said. “No one would tell us anything and they ushered all the parents into the library…my kids, my kids are my world. I mean, if something like this could happen, you should tell parents immediately. It should be breaking news.”

The school district said the parents were notified once the district got the facts.

“One of the things that the Memphis police and our security forces wanted to make sure is that we went through an investigation first and get the facts together before we send information out to the parents,” SCS Chief of Staff Reginald Porter said.

SCS says the other students were safe and attended classes as usual.

The following letter was sent home to parents: 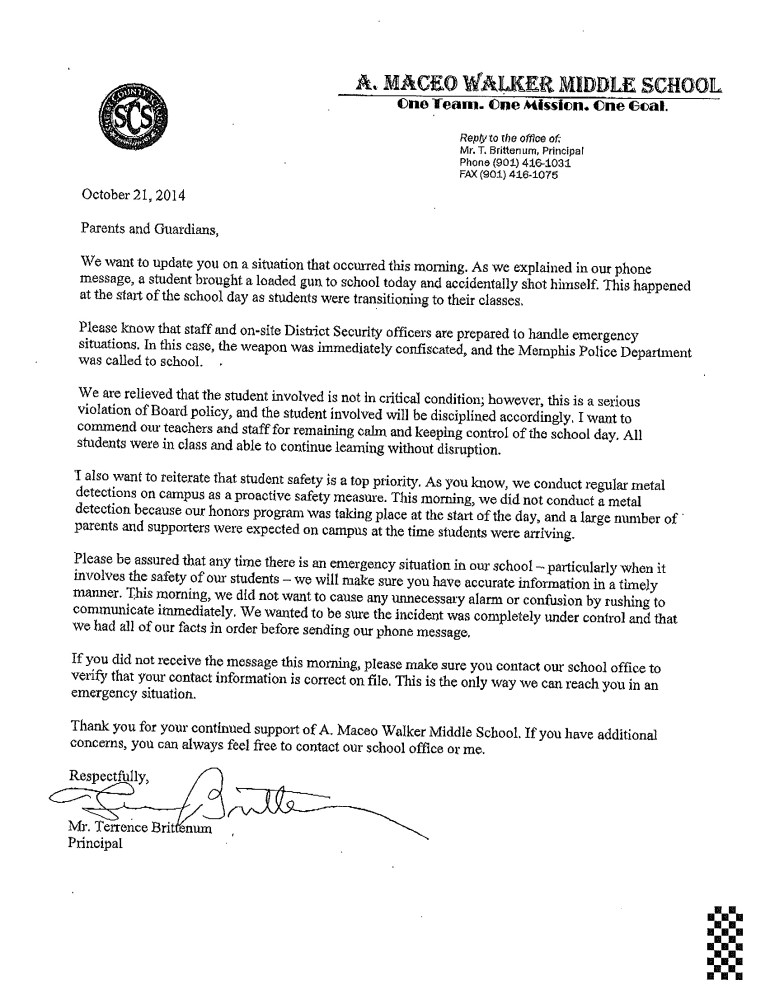 Can’t get free COVID-19 tests from USPS? Here’s what …

Activist wants answers on being in jail without bond

Can’t get free COVID-19 tests from USPS? Here’s what …