The eight-mile route will run through the “Innovation Corridor” linking Downtown, the Medical District, Overton Square, the Benjamin Hooks library on Poplar and the University of Memphis. The project would include construction of 28 new transit stations and nine new electric buses equipped with Wi-Fi and electric charging docks, according to Rep. Steve Cohen.

“It does look to the future,” MATA CEO Gary Rosenfeld said. “It does bring high frequency, high capacity transit service to the community.”

Rosenfeld says the $12 million federal grant Memphis was awarded covers about 25% of the total $70 million total project cost. The rest of the money needed for the project will come from other grants and city funds.

Rosenfeld said the electric buses will be “very quiet” and offer the latest amenities on board, including wi-fi, security systems and charging stations for riders’ electronics.

John Zeanah, Director of Memphis and Shelby County Planning and Development, said the route will offer more frequent bus service in areas with some of the highest concentrations of population, jobs and students.

Mayor Jim Strickland said the route had been years in the making, and thanked Sens. Lamar Alexander and Marsha Blackburn along with Cohen and Rep. David Kustoff for their help obtaining the grant.

According to a proposal outlined in the city’s grant application, the route would begin at the MATA station on North Second Street, down B.B. King and east on Union and Poplar. 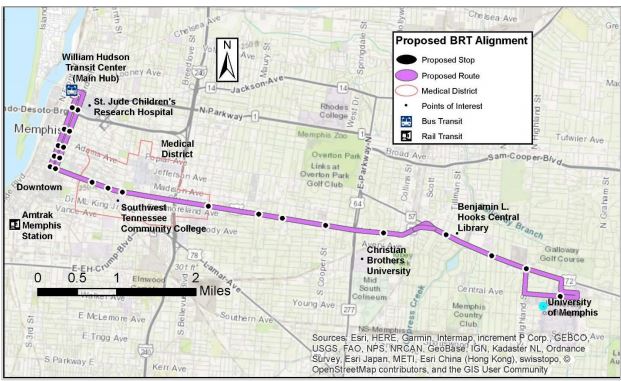 Multi-grip pull-up bars promote a wide range of upper body exercises, as you can modify your grip in order to target various muscle groups.

The best place to start to build up while slimming down is with a set of dumbbells.

A good foam roller can help relieve muscle tension, muscle soreness and inflammation from your body.

When will Tyre Nichols video be released?

Davis scores 42 but the Tigers fall in 2OT at UCF

Tyre Nichols case: use of force expert weighs in

One injured in Southeast Memphis shooting

When will Tyre Nichols video be released?