NEW YORK, May 21, 2022 /PRNewswire/ -- Last night, luxury car brand, Lexus, celebrated its place in hip-hop history at the second annual B.I.G. Dinner Gala, presented by Lil' Kim in honor of Christopher Wallace (a.k.a.) The Notorious B.I.G.'s posthumous 50th birthday celebration. The company is further commemorating his legacy through a partnership with Frank White, a purpose-driven, health, wellness and performance company led by "CJ" Wallace, son of the legendary artist. The collaboration coincides with what would have been Christopher Wallace's 50th birthday on May 21, 2022; and the 25th anniversary of the icon's album, "Life After Death."

Lexus is one of the most mentioned automobile makers in hip-hop. In fact, Christopher Wallace owned several Lexus vehicles

The Lexus relationship with the Frank White organization solidifies the brand's name being synonymous with luxury during the hip-hop movement, while honoring the legacy of the legendary artist in a way that makes Lexus relevant to a new generation today.

Lexus is one of the most mentioned automobile makers in hip-hop. In fact, Christopher Wallace owned several Lexus vehicles and mentioned the brand numerous times in his lyrics, including hits such as, "Hypnotize, "Warning," and "One More Chance." The Lexus and Frank White partnership aims to promote aspirational achievement and wealth-building in the Black community, reaching multi generations.

About Lexus:
Lexus' passion for brave design, imaginative technology, and exhilarating performance enables the luxury lifestyle brand to create amazing experiences for its customers. Lexus began its journey in 1989 with two luxury sedans and a commitment to pursue perfection. Since then, Lexus has developed its lineup to meet the needs of global luxury customers in more than 90 countries. In the United States, Lexus vehicles are sold through 244 dealers offering a full lineup of luxury vehicles. With six models incorporating Lexus Hybrid Drive, Lexus is the luxury hybrid leader. Lexus also offers eight F SPORT models and one F performance model. Lexus is committed to being a visionary brand that anticipates the future for luxury customers. 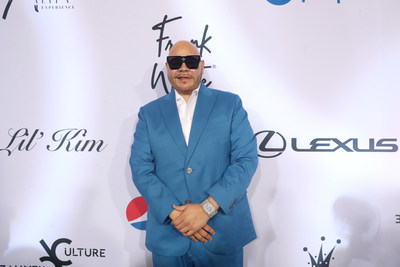 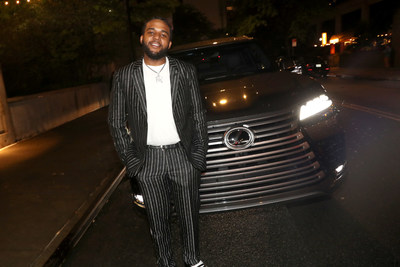