MIAMI (NEXSTAR) — Starting Monday, Nexstar Media Group’s “Big Game Bound” live stream travels to Miami and Super Bowl LIV to begin daily coverage from the Super Bowl’s radio row. Each day at noon, our team of experts will bring you the latest news and analysis along with big name guests to get you ready for the biggest event in American sports.

Big Game Bound, which will be available via livestream and on-demand, will be hosted by WOOD Sports Director Jack Doles, WGN’s Jarrett Payton and WFLA’s J.B. Biunno. It will stream on more than 115 Nexstar websites across the country. Coverage begins Monday and will continue through Super Bowl Sunday, February 2. This year’s game pits the NFC Champion San Francisco 49ers against the AFC’s Kansas City Chiefs.

Big Game Bound launched as a weekly stream showcasing reporters covering the NFL’s top teams. Doles has been at the helm of the program since early September. The stream now goes from weekly to daily as we inch closer to Super Bowl LIV.

“Jack has done fantastic work leading our streaming coverage throughout the season,” said Austin Kellerman, Nexstar’s Director of Digital Content. “We’re excited to add Jarrett Payton to the mix in Miami and bring a new level of energy and excitement to our nationwide digital efforts.”

In addition to hosting duties for the Big Game Bound stream, Payton will be in Miami to present the Walter Payton Man of the Year Award. The award, named for his father, recognizes an NFL player for excellence on and off the field.

You’ll be able to interact with Payton, Doles and the Big Game Bound team on social media. J.B. Biunno, a Tampa-based digital anchor, will be monitoring your comments on Twitter and Facebook to bring your thoughts into the conversation.

“With the Super Bowl being America’s most talked about sporting event, it’s only fitting we’re making America part of the show through social media,” said Biunno. “We’ll be running interactive polls and using the #BigGameBound hashtag on Twitter to bring our viewers into the program.”

Make plans to join us daily beginning Monday at noon as our Big Game Bound team brings you the excitement of The Super Bowl! 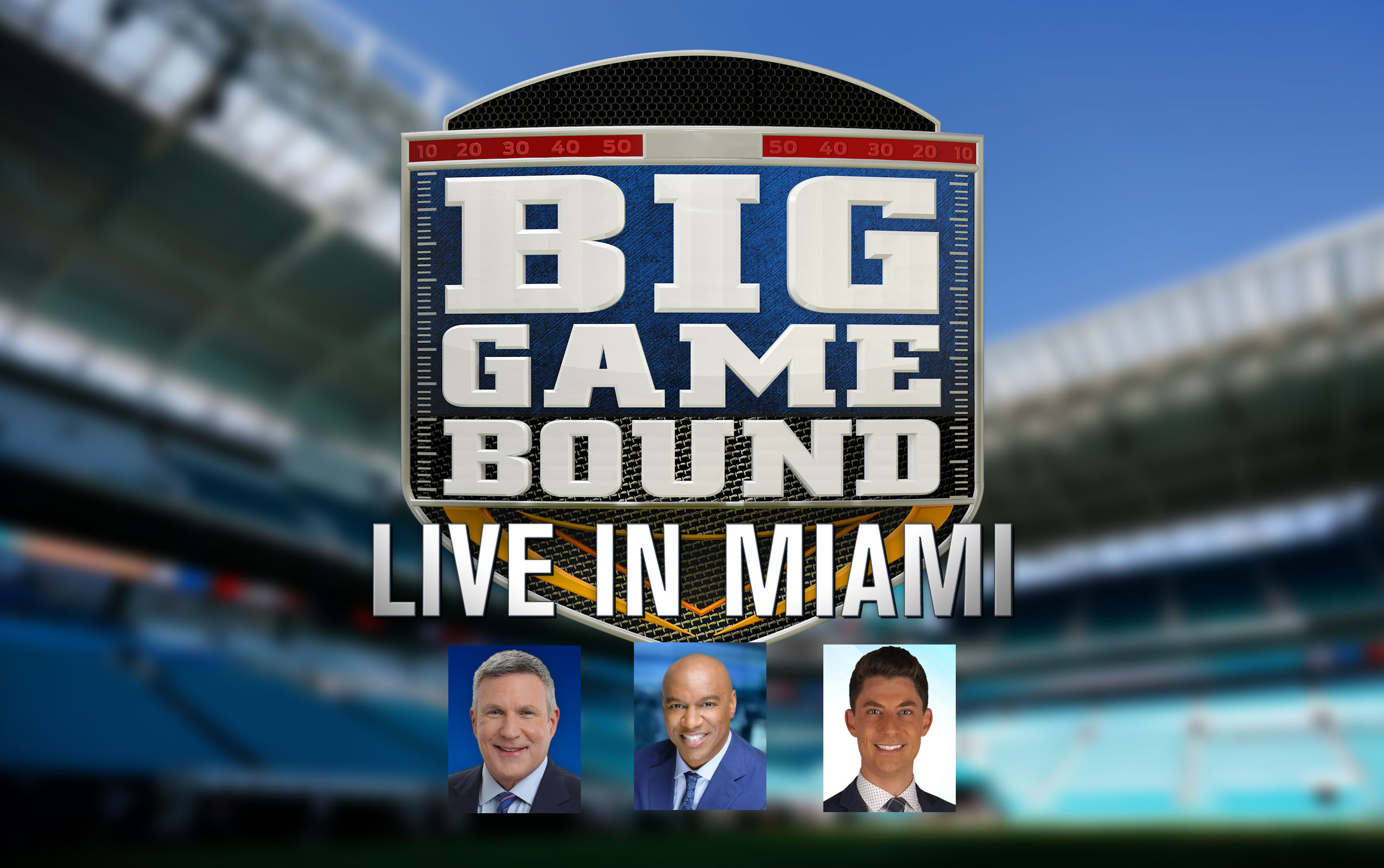