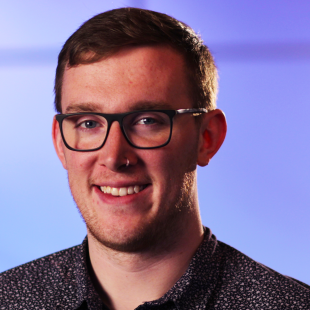 This is not his first job in his television career. Previously, he worked as an associate producer in Asheville, North Carolina. He covered numerous stories in the Great Smoky Mountains, including President Trump’s campaign and a six day manhunt that shutdown the Pisgah National Forest for a week.

Zachary is a proud graduate of Kent State University where he majored in Broadcast Journalism. During his college career, he served as a producer and executive producer for the award-winning college station, TV2 KSU, as well as an intern for WLOS News 13, where he would eventually start his career.

Zachary is an Ohio native who is starting to make the Mid-South home. Although he is a major Cleveland Cavaliers fan, he is starting to become a die hard Memphis Grizzlies fan. However, he will always be a true Ohio State Buckeye’s fan (O-H!)

When Zachary is not at work, he loves getting out and seeing what the Mid-South has to offer as well as trying to numerous barbecue restaurants here in Memphis.

If you have a story idea, send him an email at zachary.downes@wreg.com or twitter @TheZachDownes.