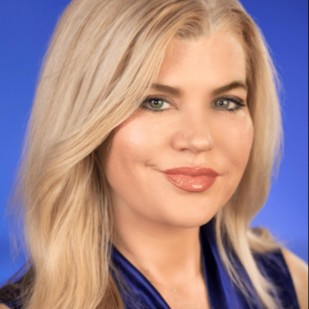 If Melissa Moon hadn’t become a television journalist, she might have ended up doing something in the music industry. At the age of five, Melissa began singing publicly with her three sisters and later took up the piano and harp. It was her love of writing and her need to know everything that steered her toward the field of journalism.

Melissa studied mass communications and journalism at the University of South Florida and Liberty University in Lynchburg, Virginia. While in college, she co-anchored a newscast for an independent station in the Tampa Bay area with her twin sister. She also spent a semester working for CNN in Washington D.C.

Before joining the News Channel 3 team, Melissa worked in Springfield, MO. She is an award winning journalist. Melissa has been recognized by the Missouri Broadcasters Association for her investigation about a woman falsely accused of a crime. While in Missouri, Melissa also helped expose abuse at a state funded facility for physically and mentally challenged youth.

When she s not working, Melissa enjoys traveling, playing her harp, drawing or trying some extreme sport like skydiving or rock climbing.