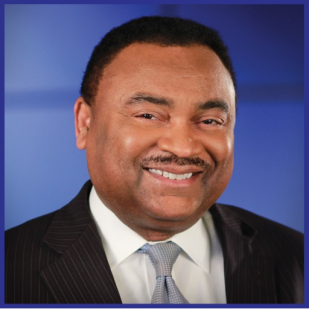 Alex Coleman is an Emmy award winning journalist at WREG-TV(CBS). He co-anchors Live At 9, a news, interview & entertainment program. He co-anchors the top-rated 4 & 4:30 news. He’s worked at WREG for more than two decades.

Before joining WREG, Alex attended the University of Alabama in Tuscaloosa. He earned a B.A. degree in Communications & was honored with the Alpha Epsilon Rho Award for outstanding Broadcast Senior. He served as news director, anchor & reporter for the university’s TV station. He worked in radio & TV as a news reporter & anchor in Alabama.

Alex recently won Emmy awards for WREG’s “Memphis: On a Mission-Breaking the Cycle” & “Memphis: On a Mission-Team Read“ specials. He’s covered the commemoration of ‘MLK50,’ in 2009 & 2013 the Inaugurations of President Barack Obama in Washington, D.C., “In Performance at the White House: Memphis Soul” in Washington, D.C., exclusively interviewed Sir Elton John, & Stevie Wonder in 2013, had exclusive access to Boxing Champ Lennox Lewis during the Lewis v Mike Tyson Fight, reported from the Memphis Tigers’ Road To The Final Four Championship Game in San Antonio, covered the Virginia Tech School Shootings in Blacksburg, mayoral & congressional elections, the arrival of the NBA Grizzlies, the development of FedExForum & the National Civil Rights Museum.

When asked about Memphis, Alex says, I enjoy many things about Memphis, including the people, the city s growing diversity and the city’s rich musical heritage. Of course, I can’t leave out my passion for Memphis politics. No other place can compare to this town’s politics. There’s never a dull moment and that makes for great news.